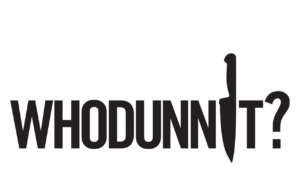 The first impression you make on someone is vitally important. The same can be said about the importance of your book’s first scene. After writing my first draft of “Shell Game,” I came back and decided that my first scene didn’t have a strong hook. I went back to the drawing board in the rewriting process.

Do Some Soul Searching

After a day or so of soul searching, I came up with a new opening scene and revised first chapter. I actually did not realize the dramatic impact of the first scene until I let some fellow writers read it, and also, read it to my writing group.

But I still wanted to up the ante of this suspenseful beginning scene. I added an unsuspecting protagonist, preoccupied with her own problems.

My job during the next chapters was to up the stakes. I needed to turn the screws to force my main character along with fellow protagonists and supporting characters to take direct action. I wanted them as deeply involved in the conflict and problems shown in the opening chapter throughout the rest of the book.

When I gave my final manuscript to others for critique, I realized that I had done a good job in drawing people into the story of Shell Game. People were invested and interested in finding out what happened to the characters. I created a “whodunnit” and the question of “why.”

Shell Game has a universal element that is relatable, if not scary. The characters are placed into an unknown situation. Making matters worse, they are immediately fraught with physical danger from unknown persons and situations.

The medical aspect of my thriller offered me some seriously creepy and gruesome means to inflict mayhem on my protagonists and their supporting characters. Being a medical “insider” has given me the ability to take what I know about hospitals and peri-operative processes and pervert it to create challenges and obstacles for my characters.

As for my next goal with my novels? I hope to invoke the same type of instant “Gotcha!” and interest that I feel I’ve created with the first chapter of Shell Game. 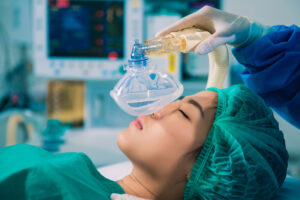 Creating the plot behind “Shell Game” is a topic that practically chose itself. As an anesthesiologist, I regularly experience commonplace issues within the medical practice that are ripe for story telling. When an anesthesiologist asks What If the story and plot possibilities come to life.

A Day in the Life of an Anesthesiologist

During the time that I decided to pen “Shell Game,” we were experiencing a drug shortage. Fortunately, it wasn’t life threatening or dangerous. It was just a temporary shortage of a drug that is usually available. My creative mind asked, “What would happen if we had a shortage of a mission critical medication?”

In real life, creative thinking and loaning of supplies was required by all involved. The characterization of an omnipotent doctor is reserved for television. In reality, doctors have to work together for the benefit of the patient. We communicate and compromise.

But when it came to writing a medical thriller, I imagined a suspenseful plot. I began to research. Was a drug shortage plausible? Could hospital management be pitted against doctors? Could I convey medical complexities for average readers?

I began to sort through situations that people could relate to. For the record, most people who work in hospitals don’t know the ins and outs of anesthesia. That can be a good thing when writing a thriller. It’s a naturally terrifying topic. That’s when I decided to make a pharmaceutical issue the center of my book. After all, who hasn’t taken a pill or been touched in some way by the pharmaceutical industry?

Without giving all away, that’s how I developed the story of “Shell Game.”  I had a career’s worth of insight coupled with unbelievable circumstances, and funny interactions to make it even more interesting. More to come…