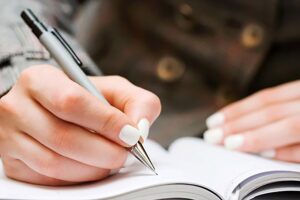 The case for self-publishing versus traditional publishing is widely debated. I read numerous books and even more blog posts that discuss the pros and cons of each. I attend book and writers’ conferences. Yet, in spite of my research and studies, I still have volumes to learn. For now, I’d like to share what I’ve learned thus far about the implications of each.

When thinking of a book launch, I wanted to emulate the fantastic approach taken by Andy Weir, author of “The Martian.” Originally, Weir published parts of his novel online to attract a following. Once he had a numerous people invested in the story, he decided to self-publish. That wasn’t the end. With a healthy following, his book was widely downloaded. In fact, it received enough downloads to attract the attention of a large, traditional publishing house who re-released the book. The result: best-seller! That’s not all… it was then optioned by a production company and made into a movie.

This effort shows that in our current climate of high competition, it’s possible to achieve success as an indie author. The decision to self-publish can be later altered toward traditional publishing. A similar chain of events occurred with “Fifty Shades of Grey.”

Commit to Your Vision

If you have a strong vision for your book’s plot line and characters, stick to your guns. Just because a publishing house doesn’t recognize your vision, doesn’t mean it isn’t without merit.

I am inspired by the success of JK Rowling and other “unknowns” who believed in their concept and achieved success. Many authors find success after being rejected numerous times. Sometimes, rejection isn’t a reflection on the work, but simply the publishing house doesn’t want to invest money with a new author.

I wanted to carry through with my vision for my book and characters, which I felt might not be a topical or thematic match for prospective agents or publishers. Many agents and publishers have an agenda that they want carried through in the works of their authors. It boiled down to artistic freedom. I had a vision for my story and characters. I’m proud that I saw my book, “Shell Game,” through to the end and committed to that vision.

When you go with a traditional publisher, things rarely move a warp speed. The delay in publish time made me want to self-publish. Traditional publishing is a big machine that may take up to and over a year to get a book into reader hands after an author receives initial acceptance. There are numerous steps. It may sit for months with an agent, then find a home at a publisher, but then you may be asked to rewrite sections. You may need to negotiate the rewriting process if they ask you to soften certain scenes, make others more politically correct, adjust the dialogue of your characters etc. You get the idea.

My experience in a career that featured huge, hierarchical rules and living by the accepted dogma, I deeply wanted to do my own thing! I’m an artist and a rebel at heart, who has ALWAYS danced to my own, heard-by-me-only music. It was highly appealing to my heart and soul to do my own thing with the able assistance of a wonderful book packager (Thanks Evatopia™!) who helped me with editing and marketing. I also thank my website artist (designforbooks.com), and the support of writing groups (ninaocreative.com and mariasemple.com), along with the wonderful women writers I met during that course. I attended writing conferences coast to coast (ThrillerFest, PNW Writers, Hedgebrook-Authoring Women, Seattle 7 Writers), and continue to do so.  All inspired me and are helping me learn my craft.

My encouragement is that you can do this, too!  I hope I’m inspiring and encouraging all of the secondary writing career writers, primary career writers, and everyone in between. Just do it! Write!